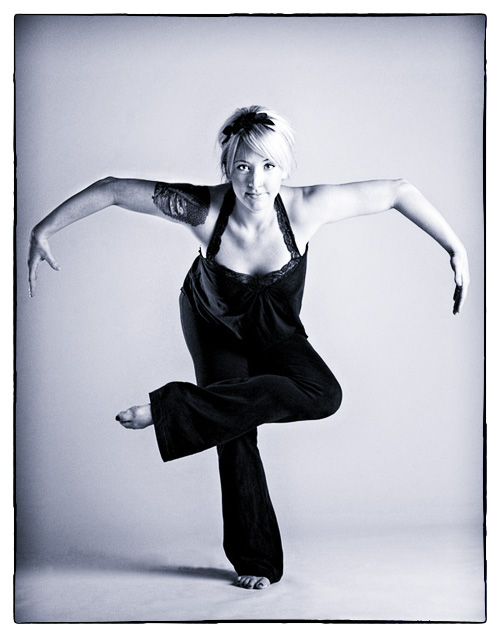 Owner and Artistic Director Jenny Buck has been dancing since the age of 3 training in Ballet, Jazz, Lyrical, Contemporary and Hip hop. She began choreographing at the age of 16 on her high school dance team and by 18 was teaching and choreographing in middle schools, high schools, college teams and studios throughout San Jose CA. She has been teaching in Reno since 2006, working with Teddy Bear Dancers, In Motion Studio of Dance, and TNT Dance Studio. For 6 years was the assistant director of In Motion Studio of Dance Performance Dance Team. She has won many awards for her choreography at local, and bay area competitions. Jenny has her own adult dance company called Dysrhythmia Contemporary Dance Company in which she started in 2009 and currently directs and choreographs for.  She recently started her own dance Business called Heart and Sole Dance Academy where she hopes to build a fun, inspiring place to create, teach, and perform the art of dance to all ages. 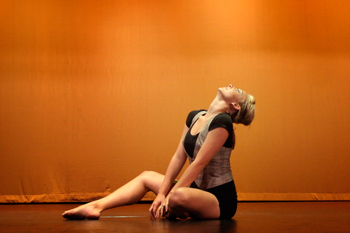 “I love to teach dance because to me dance is the most amazing and powerful art form out there. It has always brought me so much joy and excitement but also has been an outlet for me through out my life.  I feel that it is so important to have a passion and I love to share my passion for dance with others.” Jenny Buck 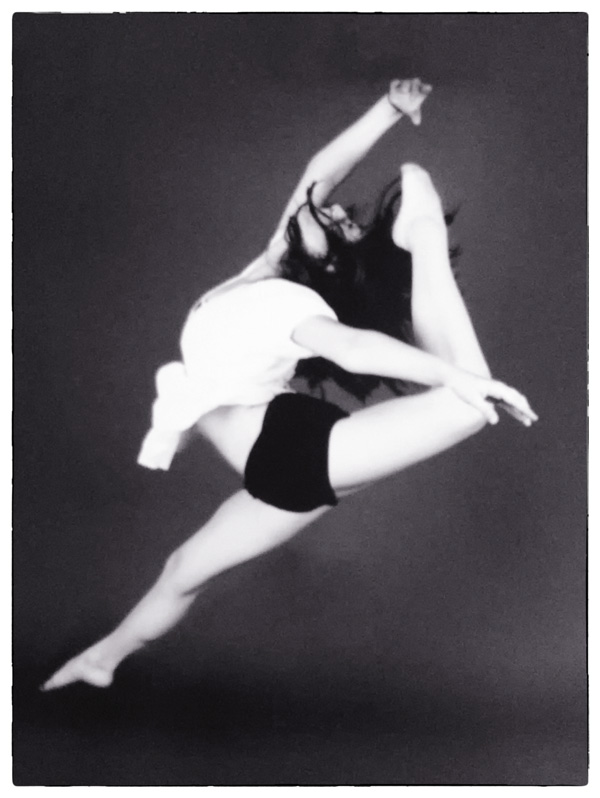 Erika Macaluso has been dancing since age 8, and quickly fell in love with the art form. She grew up in Reno, Nevada where she trained, performed, and competed. Erika has won many overall awards at competitions held in Nevada and California. Once dance became her biggest priority, she began performing in many more shows, including “The Nutcracker” with the Moscow Ballet. As her inspiration and determination for dance grew, Erika decided that she wanted to do more then just competitive dancing, and she started performing with Dysrhythmia Contemporary Dance Company, Sierra Nevada Ballet, and Black Rock Dance Company. She is now a member of Dysrhythmia Contemporary Dance Company. She has attended many Dance Conventions where she had the opportunity to learn from some of the best choreographers in the country. She most recently assisted many So You Think You Can Dance stars at the Excel In Motion Dance Convention, and performed in their exhibition show along with the dance stars from the television show. As she begins to teach at Heart & Sole Dance Academy, Erika hopes to grow as a teacher and is excited to be a part of such an amazing team of wonderful dance instructors. 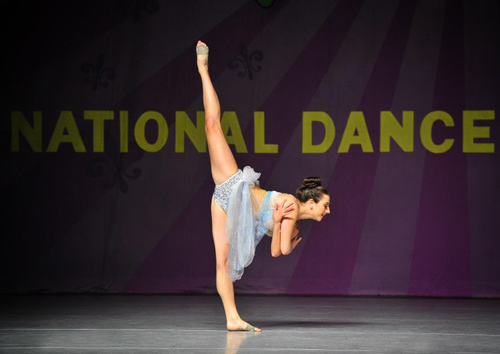 “I love dance because it’s an escape from reality. The joy it brings me can’t be expressed in words, but in the movement. It’s such a diverse and beautiful form of art, and I’m so happy I can be a part of that. That stage becomes your best friend the minute you realize your admiration for it. It protects and inspires you in so many different ways. All I ever want to do is dance. It’s just who I am.” Erika Macaluso 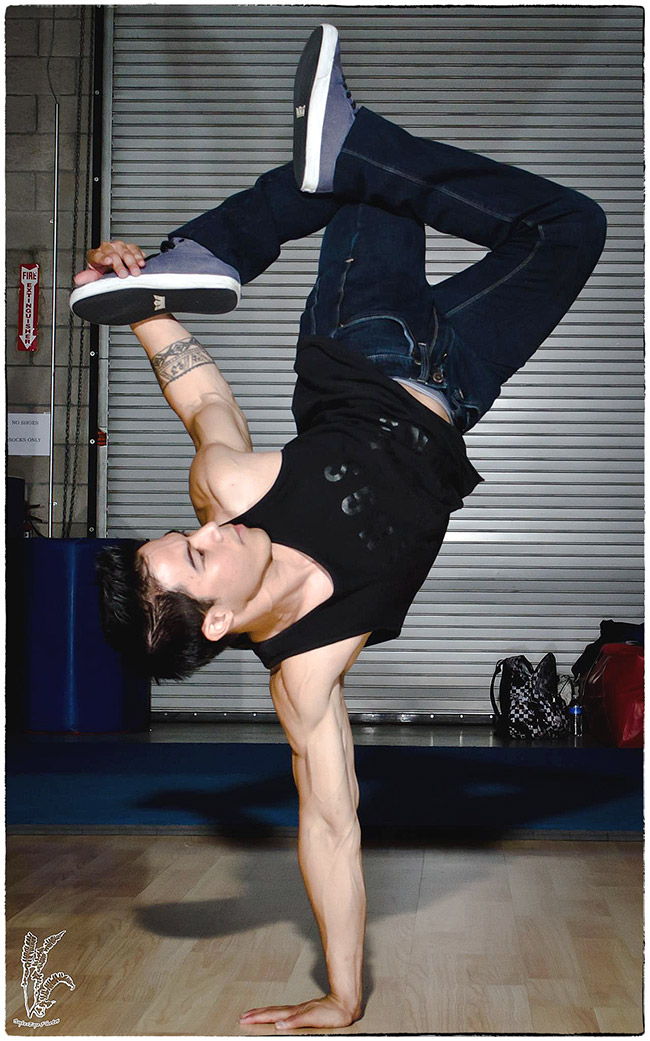 James “Kimo” Huliganga has been dancing for 10 years as a bboy (breakdancer). He’s been teaching bboying for 4 years locally with the intention of keeping this dance alive within our community. Kimo is the creator of a local bboy crew called the Vibe Vultures who actively performs and competes locally and out of state. Alongside his crew he has performed for artists such as KRS-One, and Taboo from the Black Eyed Peas. The Vibe Vultures have performed at Artown, and various community events held at the Grand Sierra Resort, and the Peppermill Casino, and are very active in the Reno/Tahoe Hip Hop Community. Kimo is excited to share his experience and knowledge of bboying with everyone and hopes to bring something new and old to our dance family at Heart and Sole.

“Dance to me has always been a soul expression materialized through the vessel of the body in the form of movement. It is a way for me to collaborate my mind, body, and soul into an art form that is truthfully who I am. Discovering yourself through dance is one of the most amazing things that you can do. Not only are you able to discover how you move but you discover who you are as a dancer and as a person.” James “Kimo” Huliganga 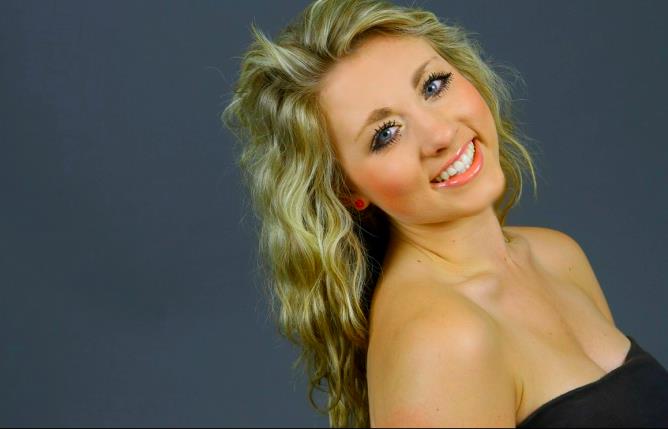 Originally from Reno, NV, Blanca Fascio has danced as a company member for Sierra Nevada Ballet Co, Dysrhythmia Contemporary Dance Co and Black Rock Dance Co. In the Summer of 2011 she moved to Los Angeles and performed under prestigious choreographers such as Nico O’Conner, Robert Schultz, Joaquin Escamilla, Ami Mattison and Dionna Pridgeon. She has performed in showcases, benefits, music videos and Los Angeles’ “Carnival.” She traveled with Joaquin Escamilla as his assistant for Hollywood Vibe and was a Company Traveling assistant for Tremaine Dance Conventions as well as assisted Robbie Mulrey and Dionna Pridgeon in choreography and teaching nationwide. Having experience in both commercial and theatrical dance she continues to spread her knowledge as a teacher to ages 3 and up. She has been commended for her originality, professionalism and charisma in the studio. Teaching, Choreographing and Dancing is her life and passion.

Nikki Abernethy was born and raised in Anaheim, California. She began dance at the age of five and knew early on it was her calling. She danced at Dance Precisions, a prestigious studio in Southern California. In high school she won the Disneyland Creativity Challenge Award, with the help of her choreographer, Eddie Strachen. Later, Nikki was accepted to Chapman University where she received her BFA Bachelor of Fine Arts in Dance Performance with a Minor in Women’s Studies. There she focused on ballet, jazz, modern and tap dance. She had the privilege of working with such professors like Jenny Backhaus, Dale Merrill, and Cyrus Parker-Jeanette. Nikki also taught dance during her college years at Jimmie De Fore and Arts Impact. During college she became a cast member of the Walt Disney Company. She worked in the parades department for three years and was featured in The Electrical Parade, Parade of Dreams, The Grand Marshall Pre Parade, High School Musical, and The Christmas Fantasy Parade. 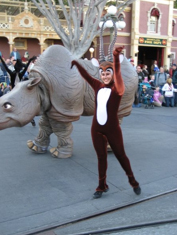 In 2009 Nikki and her husband moved to Aviano, Italy where she ran her own dance program for the next seven years. She taught ages 4-60 in the genres of tap, ballet, and jazz. During her time in Italy Nikki explored fourteen countries, received her MBA Master of Business Administration, and had a baby boy named Brody James with her husband Bobby. She now looks forward to her next chapter here in the Reno/Sparks area! 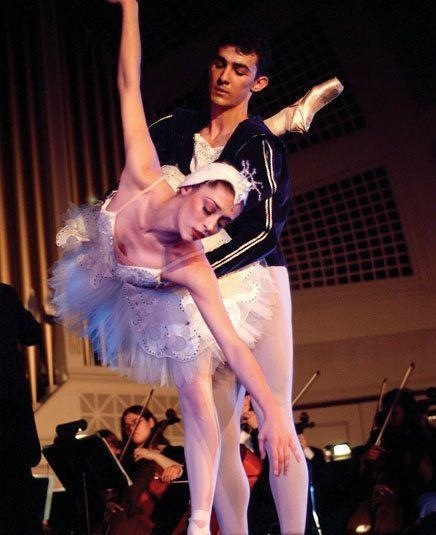 Seth Parker, received his ballet training on scholarship at the School of Cleveland-San Jose Ballet under the direction of Dennis Nahat, and the Cleveland School of Dance with Gladisa Guadalupe and Cynthia Graham. He also received instruction at the prestigious School of American Ballet Summer Intensive in New York City. He has danced professionally as a Soloist with Ballet San Jose formally directed by Dennis Nahat and the Ohio Ballet. He has appeared as a guest artist around the country at USDAN Center for the Creative & Performing Arts in New York. Mr. Parker was selected to be one of two Children’s directors for the Peninsula Ballet Theater’s The Nutcracker, performed at the Grand Sierra Resort and Casino in 2012. 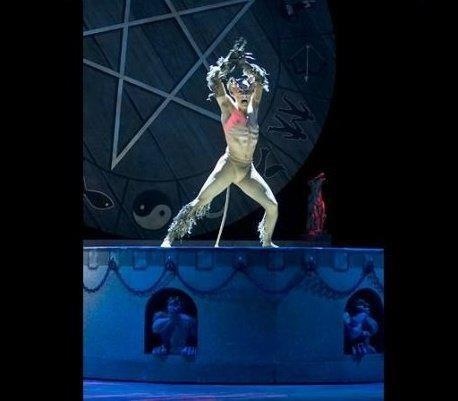 “Throughout my professional ballet career, I have had the good fortune to have worked with people in the ballet world who have nurtured me and taught me not only about the art of ballet, but how to use that discipline and passion in everyday life.  When I teach, sometimes I get carried away with the meaning behind the movement because it’s my job to teach my students that ballet is about storytelling, not about doing steps. I strive to bring this out in my students and to show them the beauty and discipline that ballet can provide.” Seth Parker 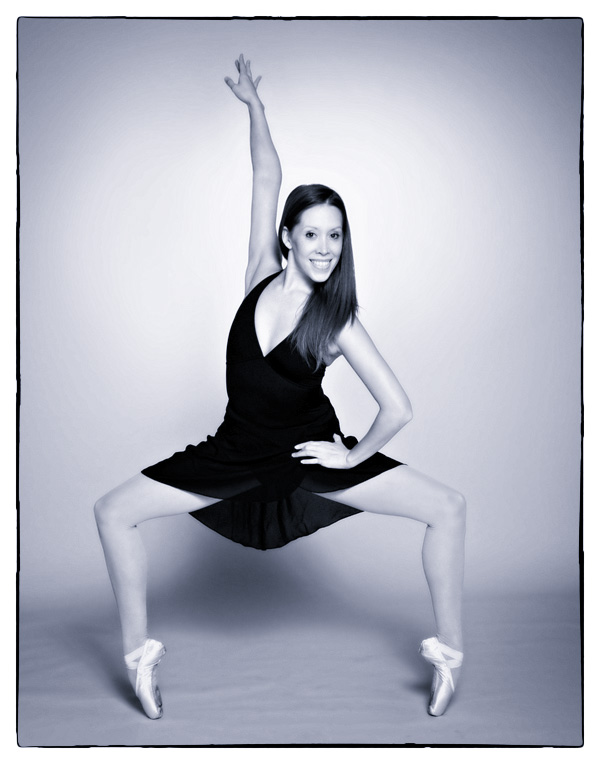 Larissa Parker, has danced numerous professional roles in companies including Oregon Ballet Theatre under the direction of James Canfield, the University of Arizona Dance Ensemble and Sierra Nevada Ballet.  She received her training with the School of Oregon Ballet Theatre, joined Sierra Nevada Ballet as a soloist in May of 2004 and was quickly raised to Principal Dancer in September of 2004.  She is an Implementation Specialist with the Washoe County School District and holds her Masters degree in Elementary Education from University of Nevada, Reno. 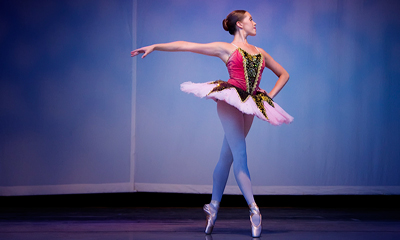 “My whole life growing up as a student revolved around ballet.  As I grew older, it became something that defined me and made me who I was.  The discipline, determination and tenacity that I learned while dancing has carried through to all aspects of my life as an adult.  Now that I have the opportunity to share my passion for ballet with the next generation of young dancers, I feel truly blessed.  I feel like the greatest life lessons that I have learned have come from inside the walls of the ballet studio. That is what I hope to share with my students.  Oftentimes, ballet can be regarded as repetitive, boring and most of all, strict.  It’s those things, however, that a student needs to take away from ballet, which unlocks the true beauty of the art form.  Everyday provides a new obstacle to overcome while refining your technique.   Learning to work through those challenges trains the mind and body in the tenacity you need in every aspect of life.” Larissa Parker 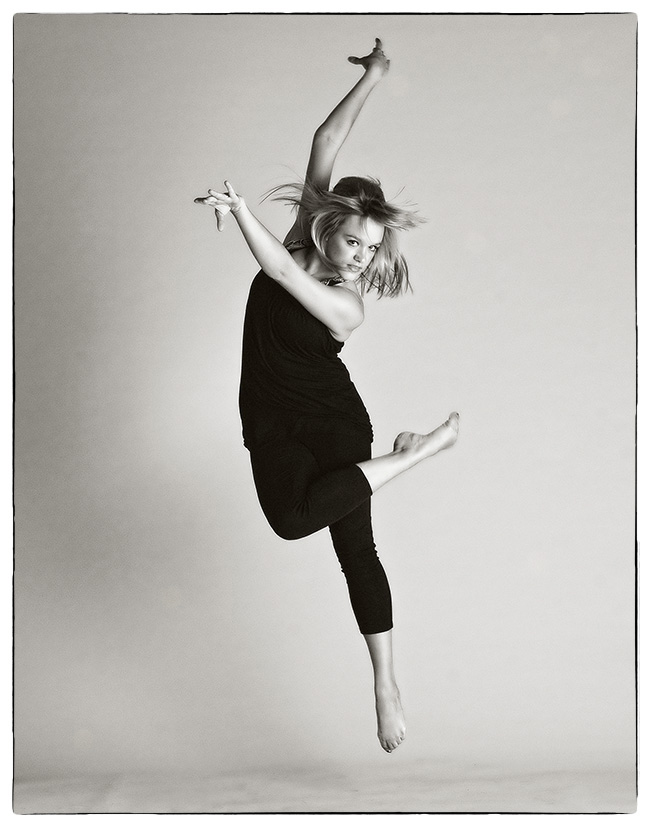 Erin Borud, found her love of dance at age 6, and has been trained in Ballet, Jazz, Modern, Tap, Contemporary and Lyrical. Her training includes direction from Rinat Mouzafarov, former Principle Dancer with the Bolshoi and Kirov Theaters, as well as Alvin Ailey American Dance Theatre Alum, Cedric Tillman. Erin was also accepted into the Alvin Ailey American Dance Theatre’s Summer Program in 2006.  She has performed in numerous productions/shows and loves being on stage. Currently, Erin is also working for Access Pass & Design as the Marketing Coordinator. She received her Bachelors of Science in Business Administration with an emphasis in Marketing and a Minor in Dance from the University of Nevada-Reno.  She is ecstatic to be a part of the Heart & Sole Dance Academy Team! 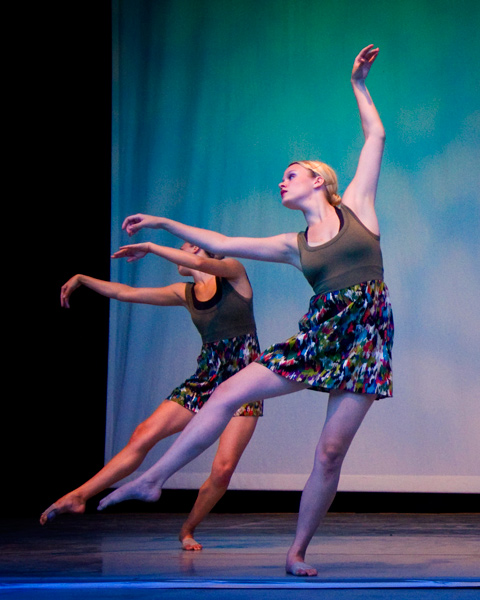 “The second I walked into my first dance class as a 6 year old, I knew that dance would forever be my passion. This still stands true today. Dance has given me many life lessons, discipline, passion for life and artistic expression.  I have an amazing opportunity to perform with Dysrhythmia Contemporary Dance Company and instruct classes at Heart & Sole Dance Academy, and I couldn’t be happier. Dance has been absolutely rewarding, and I can’t thank my family enough for all of the support they’ve given me throughout all the dance classes, competitions and shows.” Erin Borud